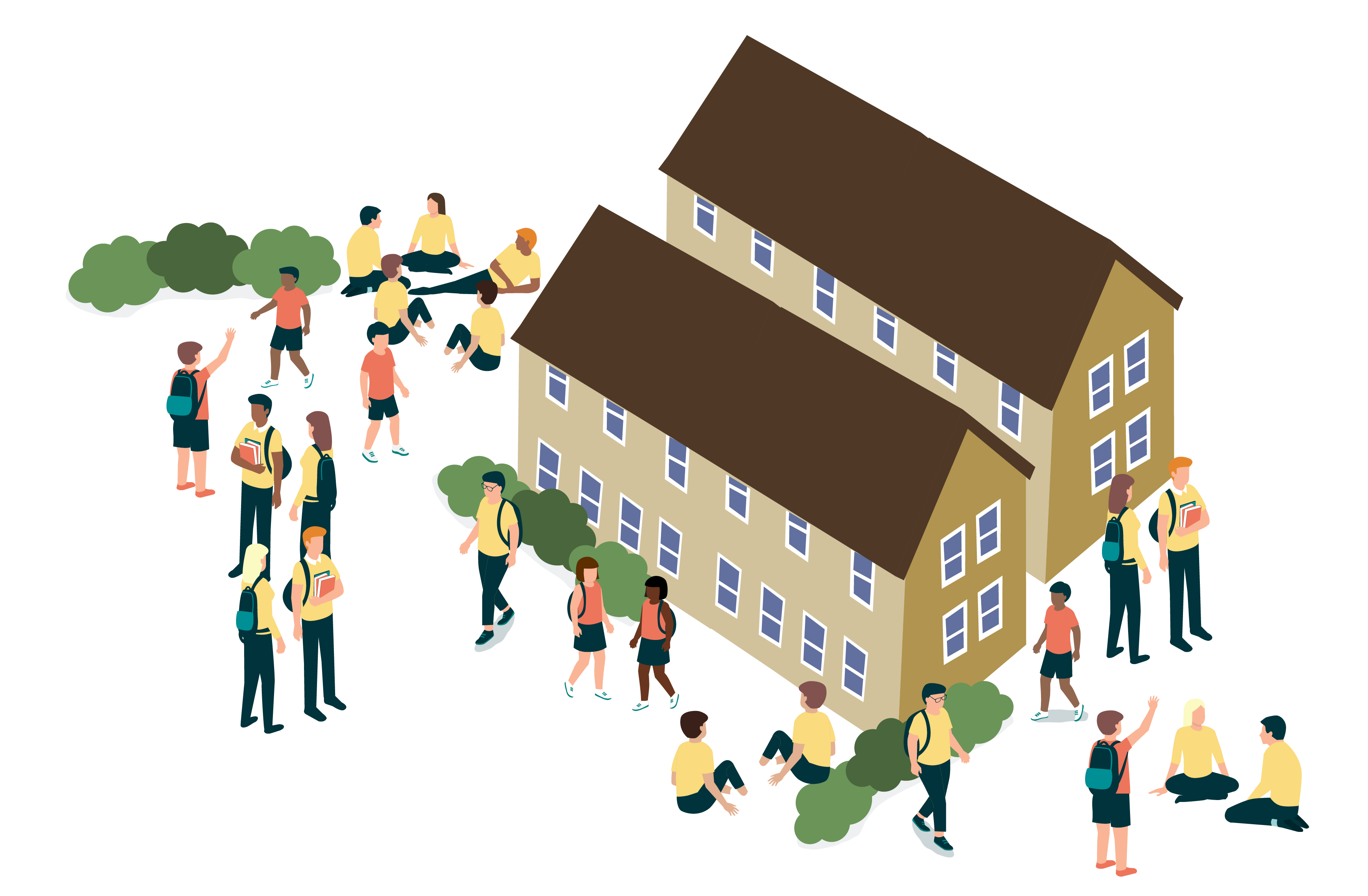 The west side is getting a new school in 2024! Sign up here to stay up to date.

New school for the west side

Sign up here to receive updates on the community consultation and planning for the new school.

After years of campaigning, in July 2020 we finally received a commitment from the State government for a new primary school in the inner west, to open on Day 1, 2024. The school will include general learning areas, specialist spaces, multimedia spaces, special education facilities and outdoor learning areas. This is supported by $90 million in funding for building work and land acquisition in the Budget.

The new primary school will be built in Toowong

The State government has announced that the new school will be built in Toowong, at the site of the old Toowong Bowls Club.

In January 2021, the government started out with just a single possible site - Indro State High. Together, west side locals and I pushed back, and we won a much more detailed consultation process. That has delayed the start date for the new school from 2023 to 2024, but it’s made a huge difference.

The Department looked at 60+ sites, including many suggested by the community and ended up with a shortlist of 10, whittled down to two: ISHS and the old Toowong Bowlo.

Everyone knows that neither site was perfect, but based on the feedback I’ve heard and on the Government’s survey results, Toowong was the preferred site among local residents.

Now that we have a decision about the location, my focus is on new parkland, transport upgrades, protecting the environment and making sure the school opens in 2024 when we’ll really need it.

The Department has also made it clear they are open to considering any measures and feedback that would make the Toowong site more workable and acceptable for the broader community. This could include pedestrian safety mechanisms like new traffic lights and safe crossings or investments to improve traffic congestion like more buses and safe cycleways. They've also made clear that they will are currently undertaking independent expert assessment into flooding, traffic and habitat issues at the moment, and have agreed to publish the results of those once complete.

I’d love to see locals not only get a new school, but better buses, new walking and cycling routes, a new park and community hall, and maybe even a public pool to replace the Toowong pool that Council sold and demolished in 2001.

We won a new school because our suburbs are growing - that means we also need new public infrastructure including pedestrian, cycling and public transport upgrades to let families leave their cars at home.

Council: Use the Toowong Bowlo sale proceeds to buy back the ABC Site

Council will get a multimillion-dollar sale price for the old Bowlo, and they must use that money to deliver new parkland and community facilities. I believe the ABC site provides the perfect “offset” for the Bowlo site, being of a similar size and within a distance of 1km.

Council is already planning to purchase part of the ABC site for the new Toowong/West End green bridge and a small new park. The ABC site even includes a replacement for the old Bowls Club venue - heritage-listed Middenbury House.

Locals have long called for the site to be turned into a riverside park. This is the perfect opportunity for the council to acquire it, before it’s lost to private development.

If you agree, join the campaign, contact the Lord Mayor and Cr James Mackay and let them know how YOU would benefit from a new riverside park.

How to have your say

The consultation processes for new schools in Queensland is run by Building Future Schools, as part of the Department of Education. One of my priorities as the local MP in Maiwar,  is ensuring residents get a real say in this process. Since early 2021 I've been working hard to hear and amplify the voice of the community to the Department.

I’m hoping the Department will learn from its initial botched consultation. The next stage - and all future planning about our community - must be more than a box-ticking exercise.

The third round of consultation opened on Monday 18 April 2022, closing on Sunday 8 May 2022. You can fill in the Department's survey here.

You can always also directly email the project team with any questions or concerns here: [email protected]

Making it safe to walk and ride to school

My priority is to make it simple, safe and pleasant for families and students to walk, ride or get the bus to school. Any school generates some localized congestion at pick up and drop off time, so my priority is to minimize the number of families who are forced to drive.

A new school closer to home will give many hundreds of families the chance to walk, cycle or scoot to school, which should actually reduce congestion, but only if we get the infrastructure right.

Why we need a new school

Since before I was elected, I've been hearing from locals that we desperately need a new school to properly address overcrowding. Classrooms are full, pool and library time is limited, before and after school care services have long wait lists and demountable classrooms are being erected on school ovals, encroaching on students’ play area. The west side is growing rapidly, and we need long-term planning and infrastructure to keep up with development and densification.

There's still work to do, but whether you came to a community forum, contacted my office, shared your story, signed the petition or helped keep the pressure up on social media, you helped demonstrate just how urgently we need a new school here on the west side, and it paid off.

Now my priority is working with the community, the Minister and the Department of Education, to ensure the planning process for Maiwar's new school is as consultative and effective as possible.

In its initial survey from January 2021, the Department has proposed building a new primary school on the site of Indooroopilly State High School, at Ward St and Canarvon St. Information released via RTI has shown that the Department has been planning on this location since at least 2018- which means locals were right to feel the first round of consultation about this location was a bit cynical.

Many residents felt the initial consultation was very limited and not sufficient, so I took this to the Department and Minister and asked them to do more to find the best possible site. I was really pleased that in late-May the Minister got in touch with me to let me know that consultation would be re-opening. They also confirmed they’ve considered more than 60 suggestions for sites including at or around UQ, QASMT, the Tricare site and the disused Toowong Bowls club. They determined that, of these locations, only the Toowong Bowls Club and surrounding area near Perrin Park was suitable, and it was considered in another round of community consultation alongside the ISHS site finishing in July 2021.

The Department pushed back the opening date for the school by one year to ensure time for adequate consultation. I support this because I’ve been telling the Minister and Department from the get go that it is more important to do this process right than to do it quickly.  However, I know this also means a longer wait for schools facing immense over-crowding pressures. To those school communities, please know I am committed to working with the Department to ensure adequate stop-gap measures are in place.

I held my own community meetings to hear from you during 2021 on top of the Department's own consultation activities. I've also been communicating with hundreds of residents via email. Based on these conversations, I made my own formal submission to the Department, which you can read in full here. After the second round of consultation I made another submission which you can read here.

I know many locals won't be keen on either the ISHS or Bowls Club option, and I agree there's significant problems with both. All along, it's been my position that the Department should have acquired new public land on the west side rather than building on existing Council or State government land.

Some commonly raised problems with ISHS included significant traffic and safety issues due to there already being four schools in a small area, loss of access to public green space, flooding issues, concerns about limiting ISHS's capacity to expand in the future. Some commonly raised problems with the Toowong site include flooding and contamination concerns, risks to bat and flying fox populations, impacts on public greenspace and loss of a community facility (the Bowls club land), and traffic concerns.

In late 2020, after talking to hundreds of local residents about this issue I developed a set of guiding principles about the location of the new school. Even though the site is now selected, I've left them online here. They are:

When the new school was proposed for Indooroopilly State High, I committed to working with Council to improve pedestrian safety and improve public and active transport in the Lambert Rd precinct. That commitment remains, even though the school will now be built at Toowong. You can click here to read more information about my proposed improvements. These improvements are based on a large survey of school families which my office conducted in early 2021.