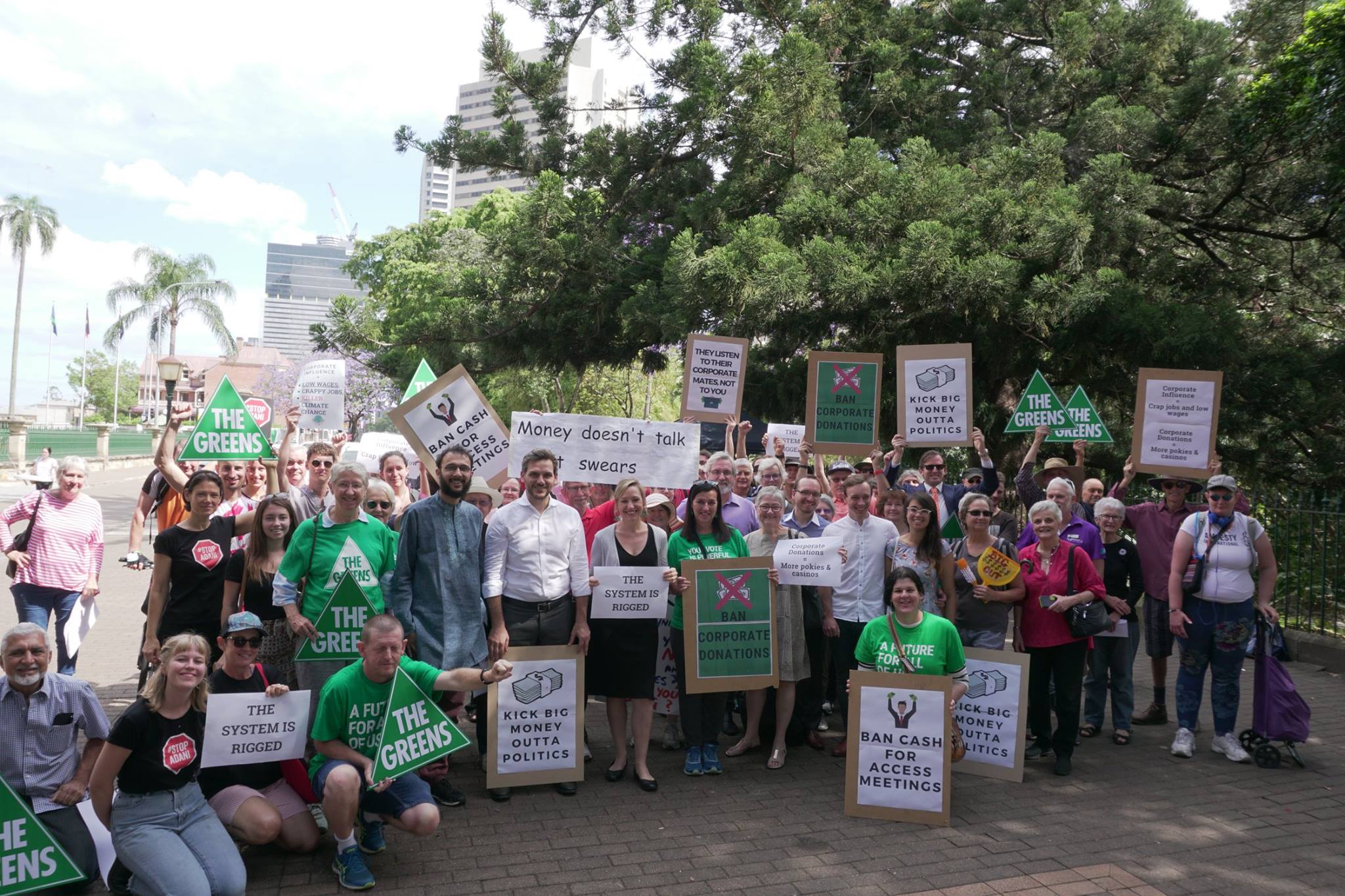 Big corporations and vested interests have hijacked politics in Queensland. From runaway development, to dangerous climate change and insecure jobs, they are putting our community at risk.

We can build a future where everyone has the things they need for a good life, but we need to kick out those vested interests and their political backers.

In just two years, Michael has achieved a huge amount for the local community, and he’s demonstrated a different kind of politics in the Queensland Parliament. He is an essential part of the community in the west side, and sticks up for local residents.

He’s the only MP in the Queensland Parliament fighting for people over profit.

He’s the only MP fighting to stop the Adani coal mine and 100% clean energy.

He’s the only MP fighting to kick corporate money out of politics.

Michael is already making a big difference on the west side, but he’s only just getting started. We need to re-elect Michael as part of a strong, new Greens team to transform politics in Queensland.

Michael was elected off the back of a massive people-powered campaign, and that's what we'll need to keep him in.

Unlike Labor and the LNP, the Greens don't take corporate donations. We rely on the passion and energy of everyday people who believe a better world is possible.

If you want to keep Michael in Parliament in 2020, sign up here.