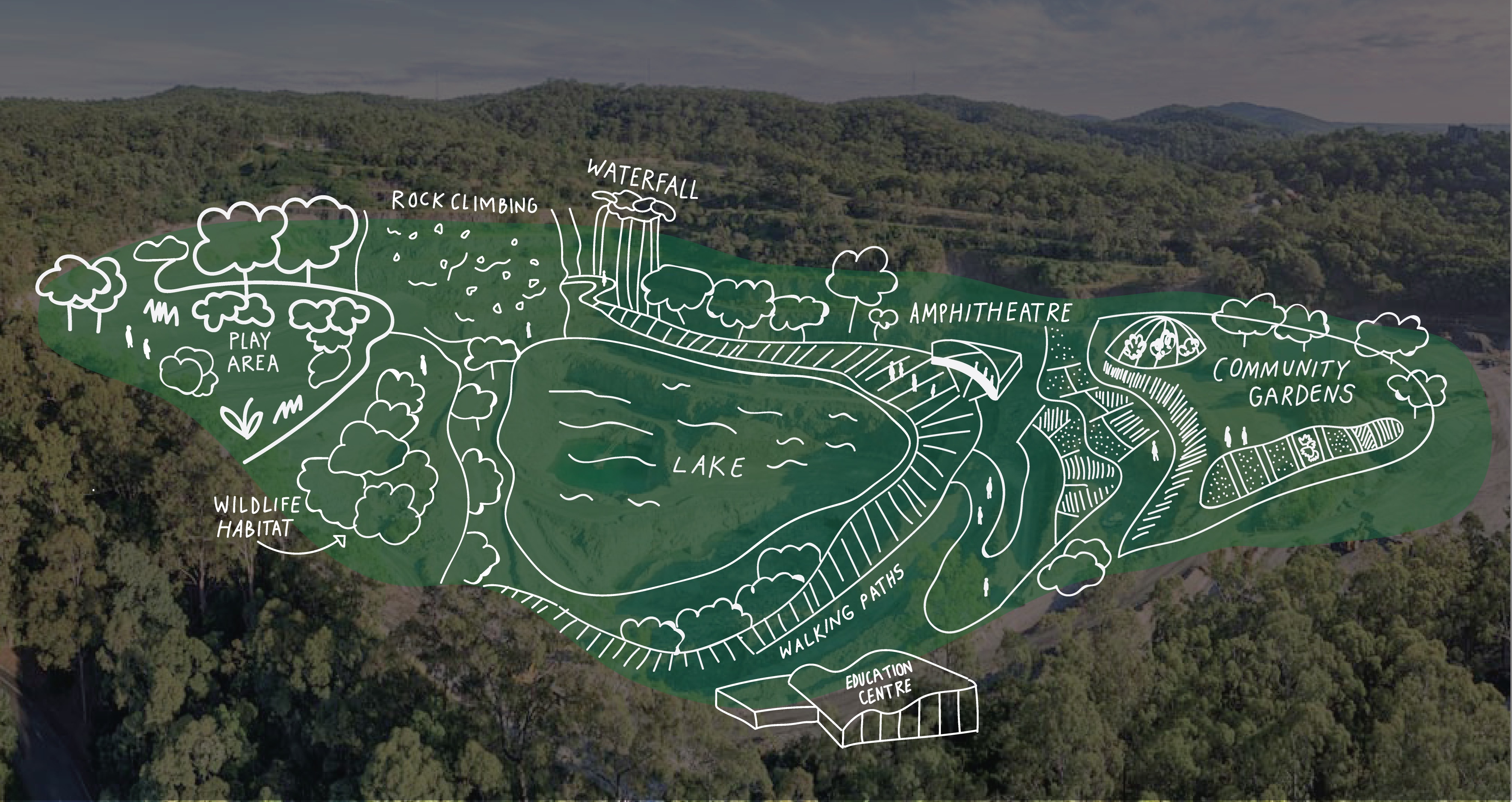 Mt Coot-tha is one of Brisbane’s most beloved features; a precious patch of wild, public green space in our increasingly urbanised world, for tourists and locals alike. I was proud to be part of the successful and inspiring community campaign to stop the zipline project earlier this year. This campaign really demonstrated how dearly Brisbane loves the mountain and values its natural heritage.

Right in the middle of this precinct is a giant 30 hectare scar on the landscape: the Mt Coot-tha Quarry. Established in 1919 and owned by Brisbane City Council, the quarry has served us well, providing rock for road and building projects in SE Queensland.

But the quarry is now well past its use by date. The timeline to close the quarry has continually changed over the years, from 1998 to 2015, to 2032 - each time without public consultation. BCC has not committed to a firm closure timeline and has no plans for rehabilitation. While Council recently suggested a closure time frame of 2025 (in the Mt Coot-tha neighbourhood plan), no plans for closure have been released and no funds have been set aside for quarry rehabilitation. The Lord Mayor has only indicated vaguely that “Council intends to rehabilitate the site in a responsible manner”.  Many concerned locals, including members of the Mt Coot-tha Protection Alliance (MCPA), have been pushing BCC to close the quarry for years, only to be ignored, and as the local MP, I’ve been advocating to Brisbane City Council and State governments for more than a year. The noise, vibrations and dust from blasting are hazardous to the health and wellbeing of local residents (human AND animal), and there are other options for obtaining road materials.

The quarry is one of only two quarries in South East Queensland that has absolutely NO rehabilitation conditions imposed by the Queensland Department of Environment. Recent improvements to Queensland’s mining rehabilitation laws don’t even cover quarries.

Global best practice on quarry site rehabilitation demands that plans be long term, ongoing and embedded in the workings of the site, to ensure the most advantageous and cost effective outcomes. The truth is, every year that passes increases the cost of rehabilitation to Brisbane ratepayers. We may be getting some cheap rock for roads right now, but in a few years we’ll be really paying for it!

Along with the community, I think it’s time to close the quarry and let Brisbane residents decide what we want for the future of the site, taking our lead from the Aboriginal traditional owners. We have an amazing opportunity to create a world class, beautiful, environmentally sensitive addition to the Mt Coot-tha public parklands.

You can read a detailed report on the outcomes of our community forum on the Mt Coot-tha Quarry here.

(please note this petition is being conducted in conjunction with Donna Burns, Greens candidate for Paddington Ward, and your details will be shared with that campaign).