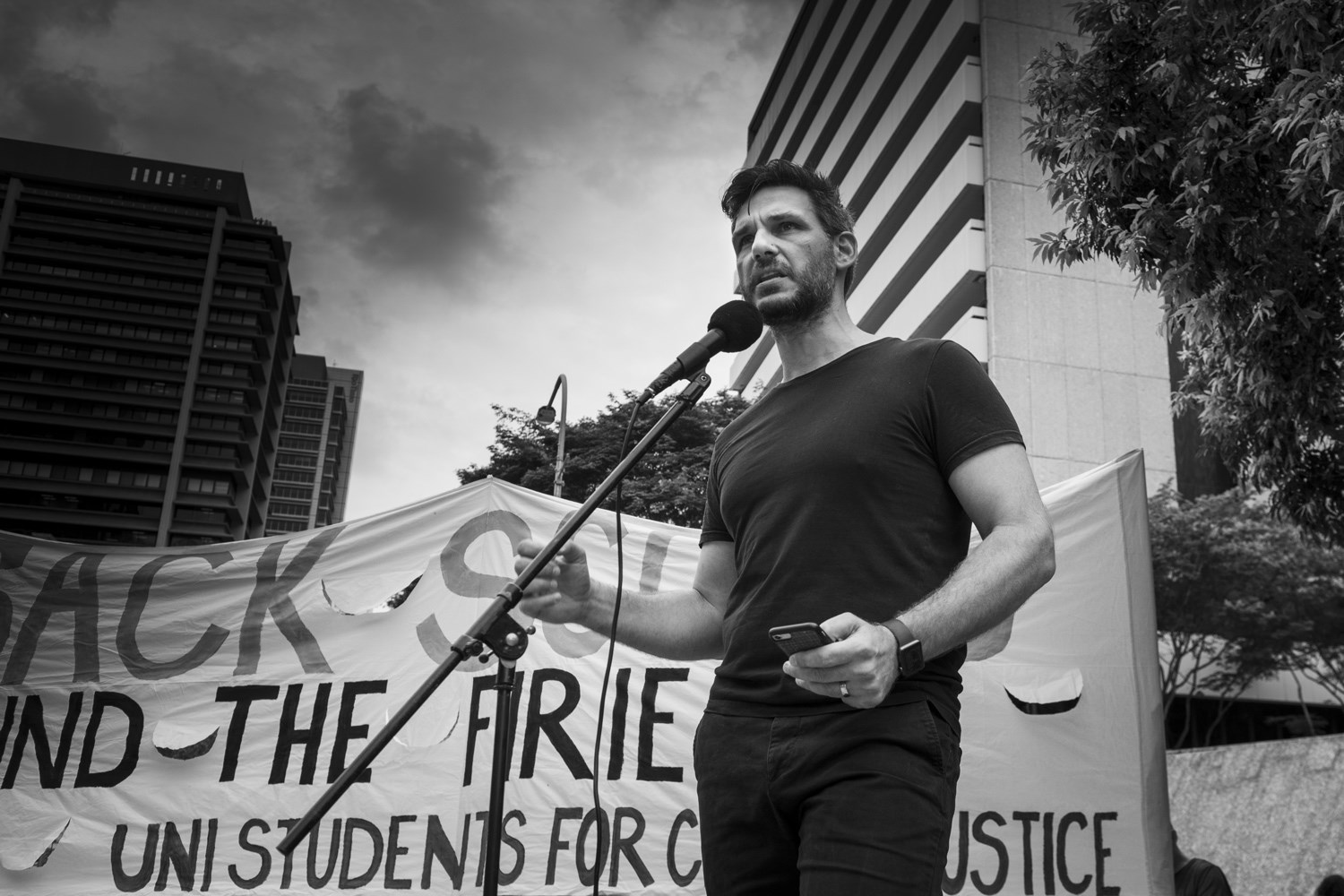 In my community surveys, locals consistently tell me they want real climate action.

Here’s how I’m working towards that as your MP

We are in a climate crisis, but both major parties are beholden to the fossil fuel billionaires making it worse. The Labor State Government is still supporting coal and gas, their climate targets are weak and they have no plan for fossil fuel workers. We need urgent action in Queensland to keep warming below catastrophic levels and give workers a fair, planned transition to a clean economy.

Queensland is both a major contributor to the climate crisis and on the frontlines of some of its worst impacts, so the State Government has a responsibility to take serious action.

The scientific evidence is clear that without this urgent action, we cannot limit warming to 1.5 degrees, and Queensland will be hit by more climate-related disasters like floods, cyclones, droughts and heatwaves. There is no escaping this reality, and it sounds pretty grim. But the climate crisis is also an opportunity. It’s an opportunity to make life better for everyone as well as cleaning up our economy. We could transform Australia into a carbon-neutral powerhouse that priorities new jobs in industries of the future, and makes our society better and fairer in the process.

I know local residents in my electorate want strong action on climate change, and that’s why I am constantly talking about it in the Queensland Parliament.

My Bill to ban thermal coal mining in the Galilee Basin

Both Labor and the LNP want to open up the world’s biggest untapped coal deposit: the Galilee Basin in Central Queensland. That’s totally incompatible with a safe future for everyone.

That’s why on 31 October 2018 I introduced a Bill to the Queensland Parliament that would stop the Adani coal mine and all other coal mines in the Galilee Basin. The Mineral Resources (Galilee Basin) Amendment Bill 2018 would support Australia’s commitments to help keep global warming below 1.5 degrees above pre-industrial levels by 2100. It would also set Queensland on a new path to cleaner, more equal prosperity.

You can watch my speech introducing the Bill to Parliament here and read the explanatory notes to the Bill here. A copy of the Bill is here.