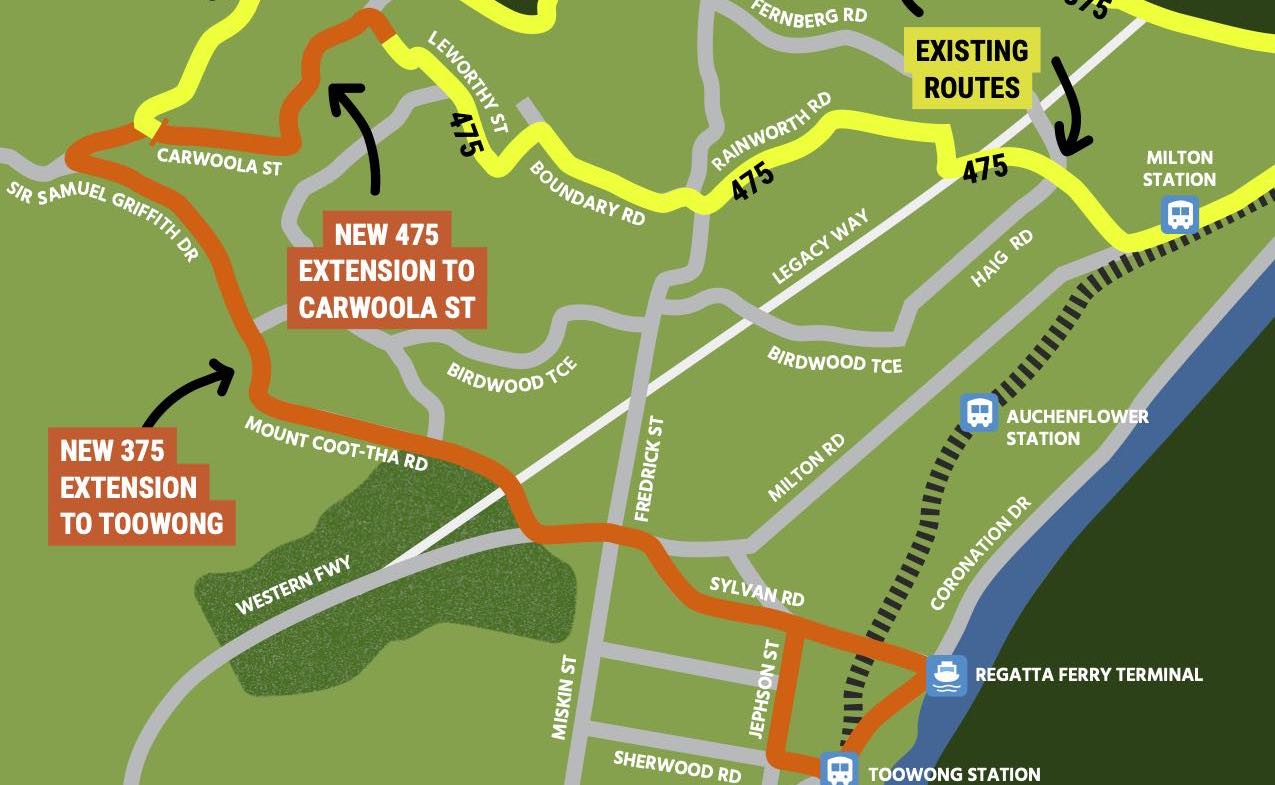 We need better buses for Bardon

Buses on the west side are notoriously bad. That means many locals choose to drive, and peak hour traffic is terrible.

Locals in Bardon and parts of Paddington don’t have an easy way to catch the bus to Toowong, St Lucia or the train line, even though they live very close. Connections to the city are also relatively slow and infrequent, especially outside peak hour.

Our campaign so far

In late 2019, residents started a campaign for better buses, and I supported them by creating this petition to the State Transport Minister.

I also wrote to the Minister requesting that the government improve buses in Bardon on 17 December 2019. I requested specific improvements and also requested that a new high-frequency “turn up and go” service be created between Bardon and Toowong as part of the long-term bus network review.

The Minister responded on 9 March 2020 claiming that low patronage between Bardon and Toowong demonstrated that “service improvements” were not needed. He did commit that Translink would consider our request as part of their long term plans.

In 2021, we had a small but significant win. The Department of Transport and Main Roads released the final South East Queensland Regional Transport Plan, which included a commitment to create a high-frequency bus route between Bardon and Toowong by 2041, along with other public transport upgrades.[1] Later in 2021, the State government brought forward their plans to 2031.[2]

That means that after our campaign, the State government has agreed in principle to our request! Now our job is to make sure they deliver it, and sooner than 2031.

Our plan for better buses

The key improvements we are pushing for are:

We want to create a new high-frequency bus between Bardon, Paddington and Toowong by extending the 375 to commence and terminate at Toowong train station. Currently the 375 terminates at Carwoola Street, Bardon. The extension could run via Sir Samuel Griffiths Drive and the Mt Coot-tha Botanic Gardens.

Brisbane needs more cross-suburban links, instead of travelling into the city and back out again. This extension would create a much-needed link between Bardon, Paddington and Toowong with its train station, bus interchange, library, shopping precinct and community facilities.

We want to make getting to the city, northern suburbs around and getting the west side by much easier than driving. That means creating a real “turn up and go” service, with buses at least once every 10 minutes all day, every day including evenings and weekends.

We want to make sure these two routes connect up together, instead of missing each other. This would mean residents in Rosalie along Rainworth and Boundary Rd could easily link up with the new Toowong bus. Bardon parents could let their kids catch the bus to Rainworth State School more easily. The 475 route should be extended to terminate at Carwoola St rather than Leworthy St, just a 2 minute drive away.

In his March 2020 response to my letter, the Minister refused to support this simple change, claiming that the Translink network was designed primarily to help kids get to their local catchment school. I don’t think this makes much sense, especially since catchments often change. The Minister didn’t explain why it couldn’t work, so I’ll keep pushing.