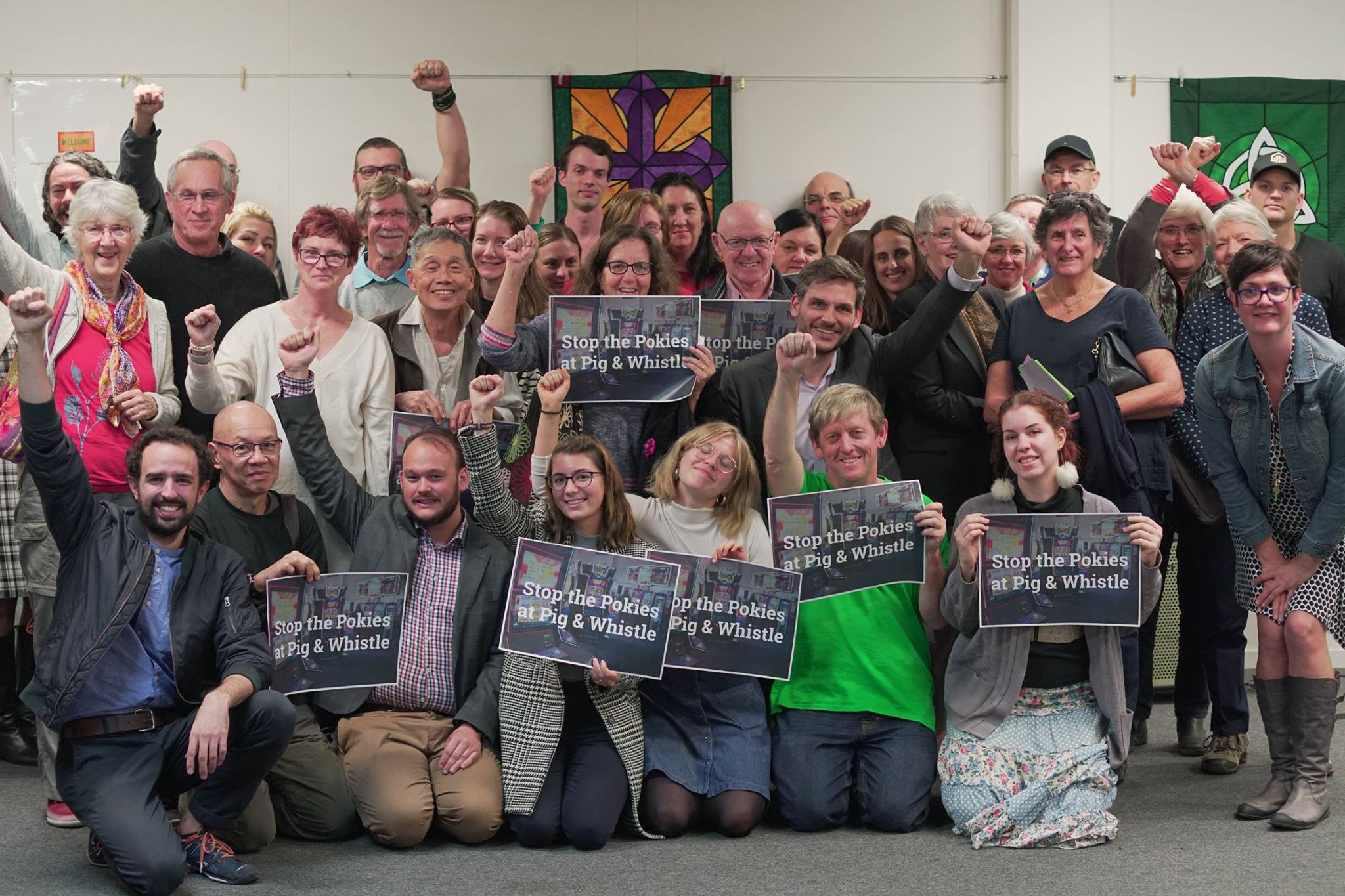 Despite an impressive community campaign to stop it going ahead, the State Labor government's Office of Liquor and Gaming Regulation has approved the Pig N Whistle's application for 45 new pokies in Indooroopilly Shopping Centre in 2018. Disappointingly, the local LNP Councillor also failed to oppose the pokies, despite having a special opportunity to give comments.

In February 2020, we learned that the Mantle Group which owns the pub is selling up after underpayment scandals.

This is an amazing opportunity to stop the pokies at the Pig. Any new owner will need a new approval, so we'll be calling on the State government to stop them.

Please sign the petition to stop the pokies, and receive updates and information about other ways to get involved.

The original decision to approve the pokies in 2018 was a pretty major shock, especially after 80% of residents surveyed by local volunteers said they opposed the application (and only 4% supported it). RTI documents obtained by my office also revealed that the Pig N Whistle made a practically identical application in 1998, but the proposed location is so grossly inappropriate they were rejected twice. Despite the now Commissioner for Liquor and Gaming David Ford saying at the time that " it is difficult to see how any new application for the same premises would be successful", he seems to have backflipped completely.

This community does not want 45 new pokies in our family-friendly shopping centre, next to our church, GP clinic, childcare centres, schools or bus interchange. Pokies rip billions of dollars from the pockets of everyday Queenslanders each year, but they’re a goldmine for super rich pub owners and gambling companies.

The original decision to approve the pokies shows the rules are rigged against local communities. For example, there was no requirement for the regulator to notify anyone about their decision except for the applicant. We found out about this decision completely by accident, since the head of the regulator happened to be on ABC radio about another issue. There is no ability for the community to appeal to QCAT - only to the courts.

This decision felt like an all too familiar example of the cashed up pokies lobby getting their way. The owner of the pub, Godfrey Mantle, and his associated companies have donated more than $56,000 to Labor and the LNP since 2007.

You can view my original submission to OLGR against this application here.