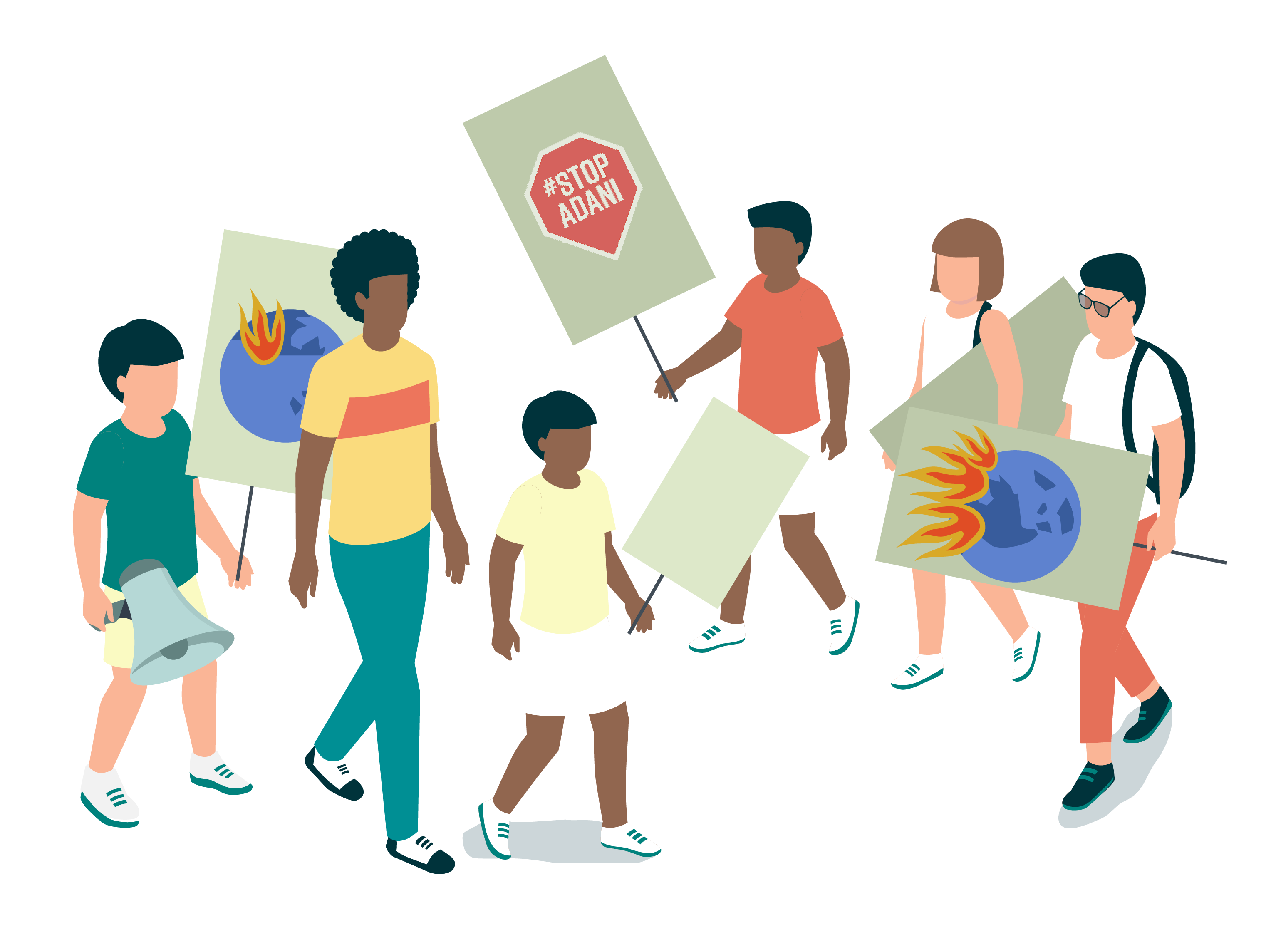 The scientific evidence is now very clear that unless we move to 100% clean energy by 2030 and cut carbon pollution to zero by 2050, our state will be hit by more climate-related disasters like floods, cyclones, droughts and heatwaves. Dangerous climate change will bring serious disruptions to our way of life, including food shortages, mass migration and more wars and conflict.

Climate change endangers our health, our economy and our precious places. There is no escaping this reality, and it sounds pretty grim. But the climate crisis is also an opportunity. It’s an opportunity to make life better for everyone as well as cleaning up our economy. We could transform Australia into a carbon-neutral powerhouse that priorities new jobs in industries of the future, and makes our society better and fairer in the process.

I know local residents in my electorate want strong action on climate change, and that’s why I am constantly talking about it in the Queensland Parliament. In particular I’ve been calling for:

Workers in coal towns have sacrificed so much to build our common prosperity. We cannot leave them to the chaos of the market as we make the transition away from fossil fuels. That’s why we need a transition plan that provides jobs, justice, housing and security to every single person in Queensland, starting with those on the front line of that transition in coal-dependent communities.

All of these goals are achievable, we just need the political will to make it happen.

Why do I keep talking about coal and gas?

If Queensland and Australia take our global commitments to reduce greenhouse gas emissions seriously, we must move away from fossil fuels including coal, oil and gas.

In particular, science has very clearly told us we need to be moving away from thermal coal (coal we use for energy) as a matter of priority. The good news? We already have the technology to replace thermal coal!

Although Australia has a relatively small population, we are the fourth largest producer of coal in the world. Australian coal is exported and burnt around the world, accelerating climate change and dooming vulnerable communities in places like Bangladesh and the Pacific Islands to almost certain inundation. Yet our state and federal governments both Labor and LNP continue to support the establishment of new thermal coal mines like the Adani mine in the Galilee Basin. We urgently need a major shift, particularly here in Queensland.

My Bill to ban thermal coal mining in the Galilee Basin

Both Labor and the LNP want to open up the world’s biggest untapped coal deposit: the Galilee Basin in Central Queensland. That’s totally incompatible with a safe future for everyone.

That’s why on 31 October 2018 I introduced a Bill to the Queensland Parliament that would stop the Adani coal mine and all other coal mines in the Galilee Basin. The Mineral Resources (Galilee Basin) Amendment Bill 2018 would support Australia’s commitments to help keep global warming below 1.5 degrees above pre-industrial levels by 2100. It would also set Queensland on a new path to cleaner, more equal prosperity.

My Bill proposes would:

You can watch my speech introducing the Bill to Parliament here and read the explanatory notes to the Bill here. A copy of the Bill is here.