This is a Climate Emergency 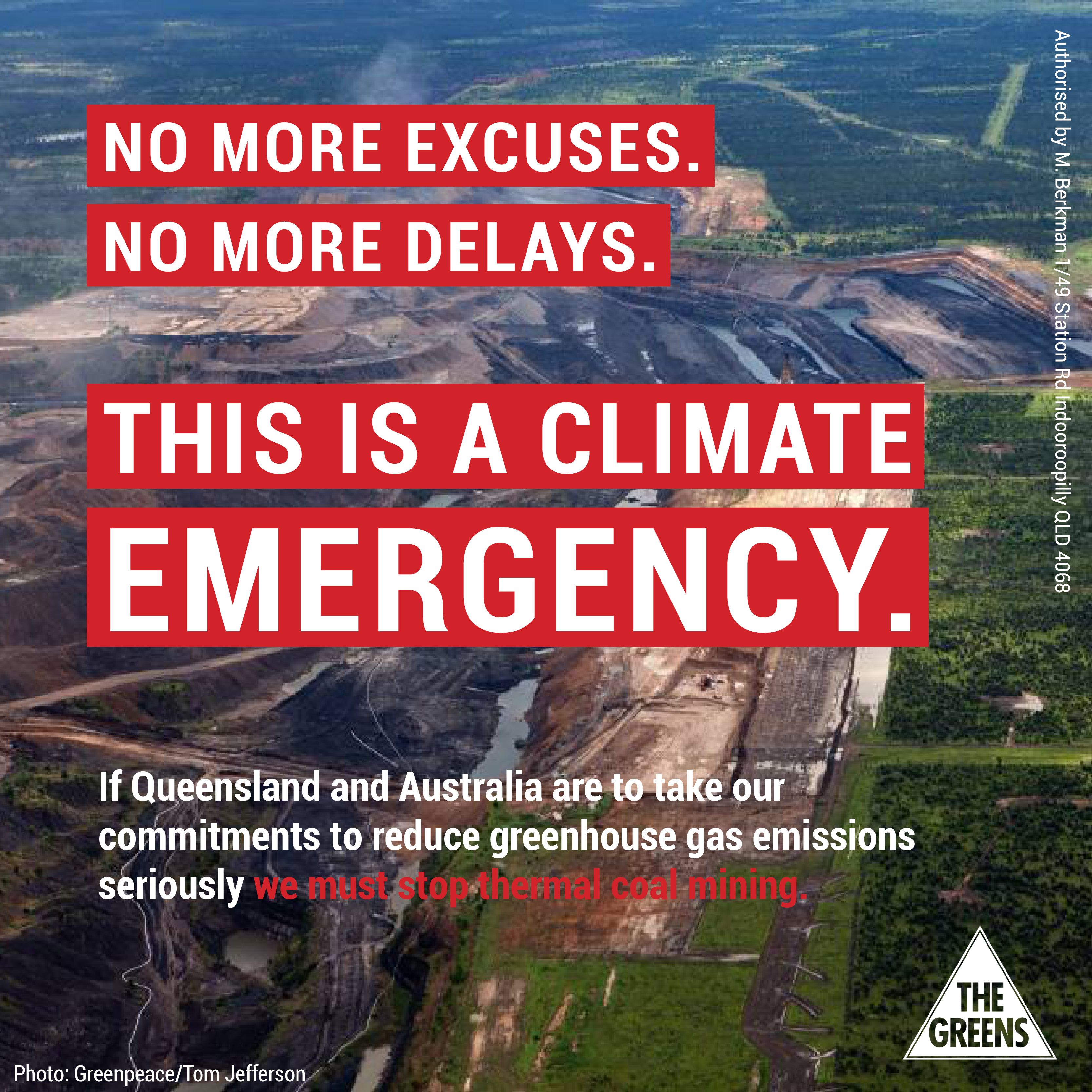 If Queensland and Australia take our commitments to reduce greenhouse gas emissions seriously, we must stop thermal coal mining.

On 31 October 2018 I introduced a Bill to the Queensland Parliament that would #StopAdani and protect the Galilee for good. The Mineral Resources (Galilee Basin) Amendment Bill 2018 will support Australia’s commitments to pursue efforts to keep global warming below 1.5 degrees above pre-industrial levels by 2100, by preventing any coal mining in the Galilee Basin.

My Bill proposes amendments to the Mineral Resources Act 1989 to:

You can read the explanatory notes to the Bill here, and watch my speech introducing the Bill to Parliament here.

The Bill has been referred to the State Development, Natural Resources and Agricultural Industry Development Committee, and public submissions closed on 1 February 2019.

Public hearings on the Bill were held in Brisbane on Monday 4 March 2019 and in Moranbah on Tuesday 5 March 2019.

This includes the approval of the Adani Carmichael mine, which if built would be the largest thermal coal mine in the southern hemisphere; at a time when Australia has committed to taking action to reduce the risks of climate change.

Adani claims they have secured funding for their Carmichael mega-mine, a move which would open up the vast Galilee Basin to more coal exploration and mining. Just a few months ago the Intergovernmental Panel on Climate Change warned we need to phase out coal as an energy source in the next two decades, or face the near total destruction of our precious coral reefs and the irreversible impacts of increased extreme weather events and global warming.

The stakes could not be higher, nor the science clearer. We are facing a climate emergency and must stop burning coal if we want any chance for a safe future.