Anti-Adani protesters have infiltrated Queensland Parliament and staged a protest during Question Time.

Around a dozen protesters entered the public gallery and dumped black confetti, meant to represent coal dust, onto MPs in the chamber.

They chanted "Prosecute Adani" and one unfurled a banner reading "3 Days to Go", referring to the amount of time left for the environment minister to prosecute the company over an environmental breach. 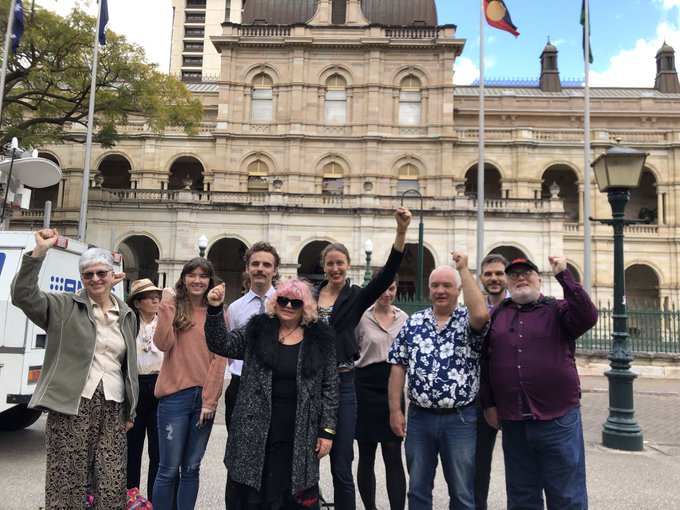 Today these brave citizens peacefully disrupted Parliament calling on @QLDLabor to enforce the law and prosecute #Adani for their toxic coal pollution at Abbot Point. With Lab and LNP in bed with big coal, civil disobedience is one of the few options left. #qldpol

The protesters disrupted proceedings for several minutes, before police arrived to escort them out.

"This is one of the most disrespectful incidents I've seen since I've been a member of this house," Mr Pitt said.

The protest was timed to coincide with Energy Minister Anthony Lynham giving an answer, and he apologised to a school group who were also in the gallery when he resumed speaking.

Mr Pitt later said he would investigate whether parliamentary security needed to be reviewed in light of the incident and suggested the protesters could be prosecuted.

A police spokesman confirmed no arrests have yet been made.

Greens MP Michael Berkman took a photo with the demonstrators outside parliament after the action. 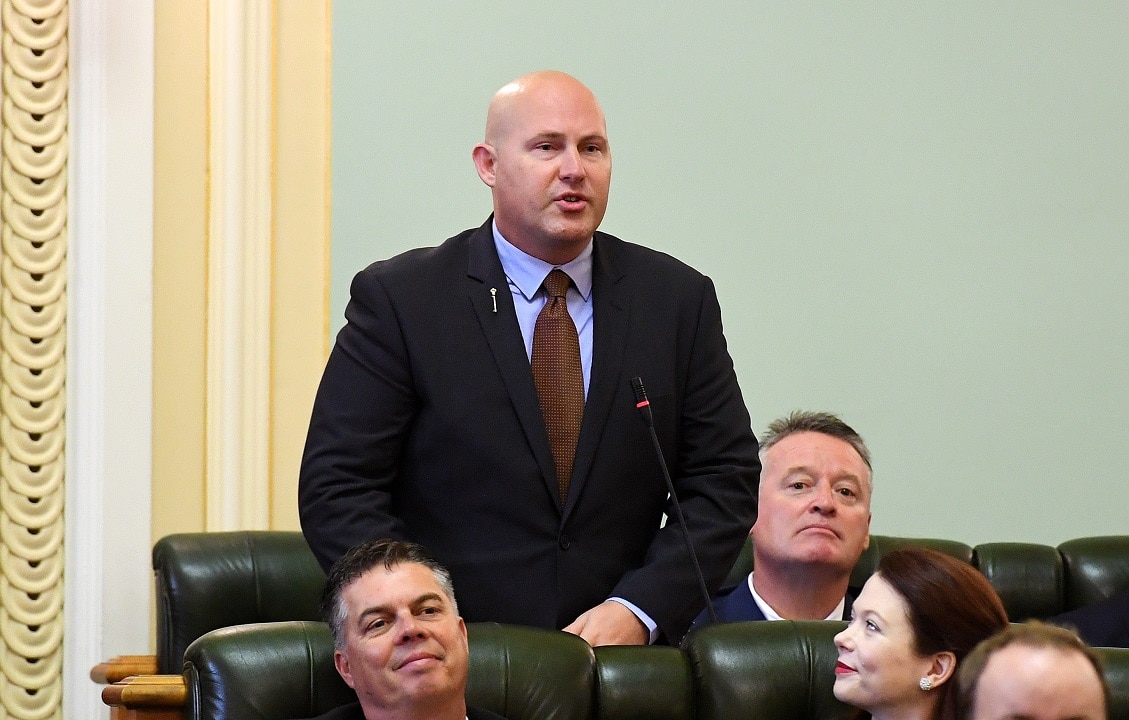 "Today these brave citizens peacefully disrupted Parliament calling on @QLDLabor to enforce the law and prosecute #Adani for their toxic coal pollution at Abbot Point. With Lab and LNP in bed with big coal, civil disobedience is one of the few options left," he tweeted.

Environment Minister Leeanne Enoch issued a statement saying the action went "too far" and defended the department's handling of the spill at the centre of the protest.

"Unlike the LNP and the Greens, we won't put our laws at risk having politicians say who gets prosecuted," she said in a statement

"The alleged release of contaminants at Abbot Point in March last year has been the subject of formal investigation and remains under consideration by the regulator."

Greens MP Michael Berkman has called on the Queensland Government to nationalise all private Queensland hospitals at the conclusion of the $1.3 billion Federal Government viability agreement.

New analysis by the Greens shows Queensland has one of the lowest ratios of hospital and ICU beds to population in the developed world.

In response to the Queensland Parliamentary Health Committee’s recommendation supporting legislation to allow Voluntary Assisted Dying, Michael Berkman is calling on Queensland Labor to legislate before the next election, starting with recalling Parliament: